“Moving in squares” is a collaborative choreographic laboratory by Julian Weber with Bulgarian artists.
The project is realized with the support of the Goethe-Institut Bulgaria and in partnership with the National Gallery “Kvadrat 500”. The event is part of the “Without Distance” platform within the project “Life Long Burning” – for a sustainable ecosystem of contemporary dance in Europe, co-financed by the “Creative Europe” Program of the European Union.

This year’s program of the “Without Distance” educational platform takes an approach focused at articulating the dialogue between the performing and the visual arts. Within the program the German choreographer Julian Weber works with the artists Galina Borissova, Stanislav Genadiev, Violeta Vitanova, Zornitsa Stoyanova and Voin de Voin towards researching the intersections between body and dance, with works of art from the collection of the National Gallery “Kvadrat 500”. The results from the dance laboratory will be presented in front of the audience in the format of dance miniatures and performances, questioning the concepts of “body”, “sculpture” and “painting”.

Performances in non-stage places (such as museums, galleries) have played a significant role in contemporary performing arts and dance discourse since the 1960s, but with few exceptions, this practice is not popular with most Bulgarian museums. Therefore, the project “Moving in Squares”, implemented in partnership with Goethe-Institut Bulgaria, aims to redefine the boundaries between visual and performative, between history and present and suggests new experiences of art works and performance for both artists and audiences.

Julian Weber is a choreographer, dancer, visual artist and designer. He studied sculpture at the second largest university for applied arts in Germany, choreography at HZT, Berlin, and at the “Theaterschool” in Amsterdam. His works are primarily related to the topic of spaces and the interaction between movement, body and object. Standing at the crossroad within the visual and performing arts, Weber has won a number of awards, including the 2015 “Berlin Art Prize”. He is a co-founder of the “New Fears” Dance and Performance Gallery in Berlin.

Galina Borissova is a dancer and choreographer whose work has a very strong theatrical aspect. She first makes a significant impression at the American Dance Festival’96, where she was participating in the International Choreographers Residency Program. In 1998 she received first prize for her performance “A Never Ending Story” in Gronigen/Netherlands at the International Competition for Choreographers. She has created more than 50 projects of her own, that have been presented in Europe and USA. As a dancer she worked with such choreographers as Louise Bedard/Canada, Lenka Flory/Czech Republic, Simone Sandroni/Italy, Elsa Limbach/USA, and Kubilai Khan Investigations/France. Galina’s solo “Juanita Hildegard Bo” received golden medal in Belgrade for best solo performer in 2006. Her other solo works “I dance Maria Calllas” and “Here bellow all lilac died” have been nominated for IKAR award for contemporary dance and performance. Galina is the project director of festival “Etud and friends” and also a program director of Etude Gallery. She is resident of the Etude foundation since 2015. Galina Borissova has many different publications at newspapers and journals about dance, she is also an author of the book “Dance images and artistic preferences”, 400 pages, New Bulgarian University publishing house. She is an active blogger at the platform “Preferences for dance”: http://galina-borissova.blogspot.com/ Galina call herself choreographer-mutant. 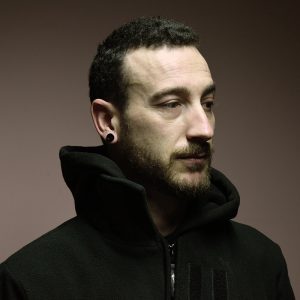 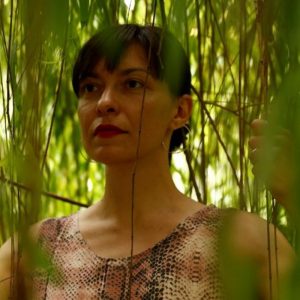 Stanislav Genadiev and Violeta Vitanova are dance artists from the field of independent performing arts. They graduated from the National School of Dance Art in Sofia and then have participated in international dance projects, Bulgarian theatre productions and have created performances authored by them. Since 2007 they have participated as dancers and choreographers in Kinesthetic Project as their joint creative work started in 2006 while Stanislav was dancing with the Swiss company Cie Linga. Their first successful performance is “Imago” (2006) for which they won an IKAR award for debut, the first of its kind in the history of Union of Bulgarian Actors’ awards for a dance performance. In 2013, they won an IKAR award for contemporary dance and performance for their choreography of and performance in “The Mousetrap” in “Hamlet,” directed by Javor Gardev at Ivan Vazov National Theatre. Since 2015 Genadiev and Vitanova have been working and collaborating with the French choreographer Brice Leroux. In 2021, Genadiev initiated the foundation of the Areality Association in which he collaborates with Violeta Vitanova, Filip Milanov, Valeri Milenkov, Elena Kitova, Ralitsa Toncheva and Elena Angelova.
The performances of Stanislav and Violeta have been presented at a number of festivals in Bulgaria and Europe. In addition to her work as a practicing dance artist Violeta also teaches at the National School of Dance Art in Sofia, and Stanislav works on projects of his own music.

Voin de Voin is born in 1978. He lives and works in Sofia. He holds an MA from DasArts, Amsterdam, and diploma from Gerrit Rietveld Academy, Amsterdam, Goldsmith College, London, EICAR –International School for film and cinema of Paris. He studied contemporary dance and choreography at Laban centre, London and SNDO, Amsterdam. Since July 2016 he is running an independent art space in Sofia called ÆTHER. Voin de Voin works in various fields of the visual arts, ranging from performance to installation, incorporating his research in collective rituals, psycho-geography, sociology, psychology and new media.

Hetveem Theatre, Amsterdam; Contemporary Istanbul Art Fair; De Appel Art Centre, Amsterdam and others.  Voin de Voin works freelance in organization and curating of exhibitions and events: the programme of ÆTHER; DOMA Art Fest 2015: Nordika; “Manisensations”, Leap gallery, Berlin; Netherlands fashion biennale – performance program and others. He is awarded at “Mondrian Fondation for Visual Arts”, Amsterdam (2008) and „Das Arts Stichting for the Arts“ (2006-2008). Voin is in the list of the gallery “SARIEV Contemporary” since 2011.

Zornitsa Stoyanova is a choreographer, curator, writer, lighting, and video designer. She graduated from “Bennington College”, Vermont in 2006 with a degree in choreography and sound design. She then moved to Philadelphia, USA, where she produced and presented shows and videos called “BodyMeld”. Since 2020 she lives in Sofia, Bulgaria and continues to lead the projects of BodyMeld in the United States, as well as the company’s activities in her native land. Her performance “AndroMeda” was commissioned and presented by the Philadelphia Museum of Arts (2020), and the solo performance “Explicit Female” (2016) was awarded the Philadelphia Award for Contemporary Dance “Rocky”.

Stoyanova presents her stage works in the USA, Bulgaria and France. She is a supporter of the sustainable development for the dance society and, as BodyMeld, has created numerous programs to support, collaborate and train choreographers. She works as a choreographic mentor, teaches improvisational techniques for stage, screendance and dance composition. She is also one of the initiators of the “Platform for Improvisation and Composition” in Sofia and editor of thINKingDANCE.net

Price
BGN 10
Tickets are sold only on the day of the presentation, at the box office of the National Gallery
The ticket includes access to the entire gallery.