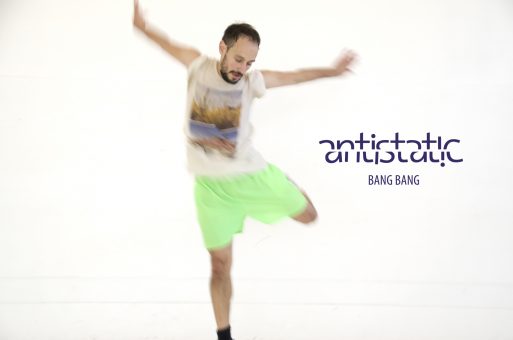 What was your starting point for “Bang Bang”?

Choreography inspired by repeated movements is a bit like a new “Sacre du printemps”! Initially I hesitated to go that route for that very reason. On the other hand, if you approach things that way you’ll never create anything, the assumption being that everything’s been done, everything’s already been invented. It’s not a question of the jumps, it‘s what I do with them.

How did you approach the main theme of “Bang Bang”?

The question of ecstasy is one of the big issues of “Bang Bang”, as it cannot be reached each and every time, only in small moments. The most important thing is to try to get there, to constantly pursue paths that might lead there. I still have difficulty expressing in words that desire to achieve a sort of disappearance or surrender of self. What occurs is that  we no longer see the person after a time; we perceive only matter that moved for a while with all sorts of flaws and emotions. What I aspire to is the obliteration of something human; I want something of the self to be erased at some point.

What kind of experience do you want to create for the audience?

I don’t want the performance to hypnotize the spectator. For me, the foundation of this piece are the flaws and weaknesses. That paradox is apparent in the fact that I am both choreographer and performer. My dancer’s reflexes react to my desires as a choreographer and a spectator. There is real effort in this show — sweat, pain and pleasure as well, but of course I’m also performing. The entire piece unfolds with that duality. We live in an era where we are compelled to show, to flaunt, to express ourselves, a time when communications have been blown all out of proportion. Given that state of affairs, I find anonymity and disappearance to be more interesting, more sensible. That’s a driving force in this piece — how can I dance yet disappear at the same time?

This is a short and reworked version of an interview by Mylène Joly (Festival TransAmérique 2017), translated from French by Neil Kroetsch.